Energy drinks can be the go-to solution when one is feeling tired. However, are they safe for people living with diabetes? Jessica Pieterse reviewed the latest research and some commonly found energy drinks on the SA market to attain insight.

It’s recommended to consume less than 300mg per day of caffeine, or 2,5mg caffeine per kg body weight per day. Meaning a 50kg person should keep caffeine below 125mg/day which is less than one large can of energy drink.

Research behind caffeine consumption in people living with diabetes was surprisingly lacking. The Society for Endocrinology, Metabolism and Diabetes of South Africa (SEMDSA) 2017 guidelines give no mention of caffeine.

Energy drinks are consumed often for the caffeine boost, but people living with diabetes should be aware of the sugar contents of these drinks.

We found six energy drinks that offer no sugar as they use sweeteners, such as sucralose, aspartame and acesulfame K. Drinks that use sweeteners will affect blood glucose levels much less. However, avoid large intakes of sweeteners as they may have negative effects on gut functioning.

B vitamins are safe for people living with diabetes. People taking long-term Glucophage medication should supplement with vitamin B12. However, most drinks won’t provide sufficient levels of B12 needed. It should be noted that B vitamins are water-soluble and excessive amounts will be urinated out and not stored.

Energy drinks often contain ginseng and guarana. Guarana is a Brazilian plant that has seeds with four times the amount of caffeine found in coffee beans (on a percentage basis), along with other xanthines which also stimulate the central nervous system.

Ginseng comes from a root of a Panax plant. Although manufacturers claim ginseng increases energy and boosts the immune system, evidence is lacking. Ginseng has been shown to interact with immunosuppressive and blood pressure medications and as no warnings appear on the product, this could lead to serious effects. People living with diabetes should therefore, be very careful in taking herbal products as they are often on several medications.

To end things off, I don’t recommend people living with diabetes to consume energy drinks. Mainly due to the high-sugar intake of most drinks. The risk that the added herbal ingredients may also negatively affect medication taken is of great concern.

Caffeine is possibly less of the concern with energy drinks as people living with diabetes can still have high caffeine diets without including energy drinks. However, I would still recommend a safe daily caffeine intake of less than 300mg/day.

These findings are supported by the American Diabetes Association which advocates to avoid energy drinks and rather consume water, unsweetened herbal teas/coffee and milk.

Disclaimer: There is no conflict of interest with the author and any energy drink companies. The dietitian does not work for any companies and there was no payment received from any companies.

Jessica Pieterse is the director Dish Up Dietitians, Pieterse and Associates and also works at several private hospitals as a part-time locum dietitian, working in the ICU, medical and surgical wards. She has a special interest in nutrigemonics (DNA testing), critical care, weight loss, diabetes, hypercholesteromia, hypertension and gut disorders. 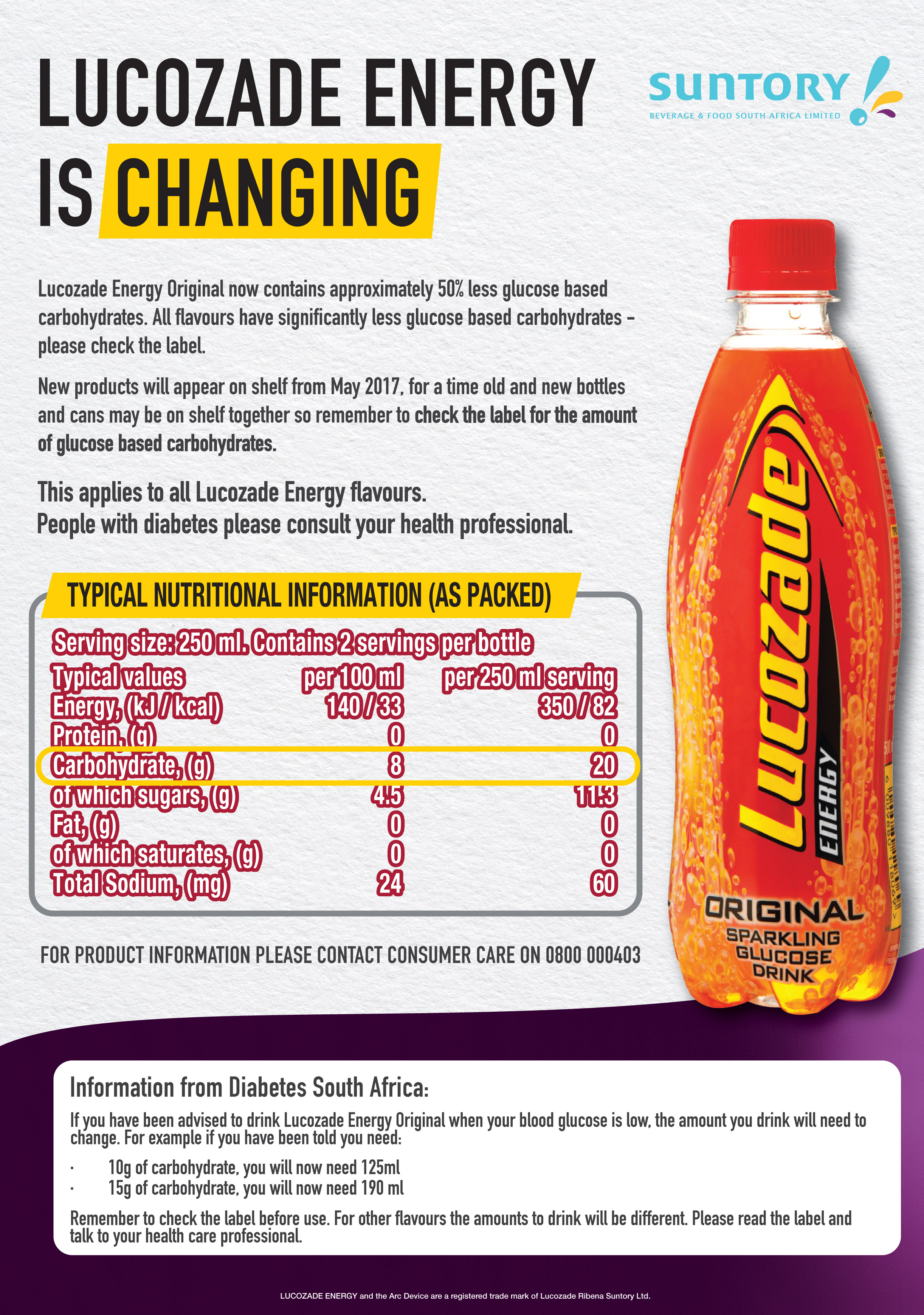