University student, Travis Frans, shares his story of losing over 20kg by exercising and cutting down his intake of carbohydrates and sugar. This lifestyle change has led to the termination of his Type 2 diabetes medication.

Travis Frans (21) is currently studying music at Nelson Mandela University in Port Elizabeth. He is originally from East London. 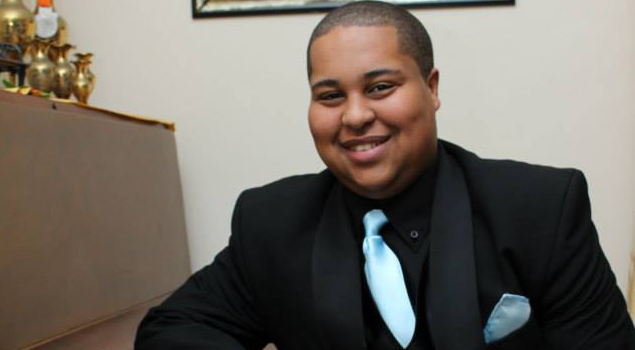 Travis before he started his lifestyle transformation.

In March 2016, Travis had mumps and went to a doctor. Out of curiosity he asked the doctor why his urine colour is dark and never light.

The doctor tested his sugar and told him to come back for a fasting blood test. The test results confirmed he had Type 2 diabetes. “As a 19-year-old, I was dumbstruck. A lot of thoughts were crossing my mind. I did not know what do, who to tell or call because I didn’t know anyone who has diabetes besides my late grandfather. News like this is not what one expects at this age,” says Travis.

At that time, the music student weighed 91kgs. He explains, “As any student can relate, one survives on pasta, rice, bread and potato chips as a foundation of every meal. My only exercise consisted of walking to the university, which is about 1,7km, and sometimes walking back.

Deciding to make a change

With the news of his chronic illness, Travis decided to change the way lived. Plus, he knew his 21st birthday was approaching and as he says, “We (my family) go big. So, I wanted to look good for it.” So, then his transformation journey began. “I have a friend, Sibabalwe Ngewu, who studied Human Movement Sciences and is a fitness trainer. I asked if we could do some exercises and I’ll start eating healthy. She agreed and our journey started,” Travis explains.

Growing up in a Christian environment, the young man knew he had to start with his mind. The Bible scripture Romans 12v2 (“Do not be conformed to this world, but be transformed by the renewal of your mind, that by testing you may discern what is the will of God, what is good and acceptable and perfect.”) was his reference point. Siba’s advice before a training session ‘to be mentally prepared for the session’ proved Travis was off to a good start.

In 2017, Travis started training sessions, with Siba, two to three times a week, which focused more on cardio (to lose weight). “Instead of following a diet or eating plan, I substituted, for example, brown rice rather than white rice; sweet potatoes instead of normal potatoes; and I gradually cut down on my sugar intake and ate more proteins and vegetables,” Travis explains

Unfortunately, Siba had to leave and Travis was then referred to Sikhumbuzo Dlamini, another fitness expert. They started training together in August. With the new trainer, so came more intense training: three times a week for one hour. “It may sound a little but it was hard,” Travis adds.

What did the change come down to for the music student? “It’s all about changing your habits -what you do daily. Once it became a regular thing, it became second nature.

Cardio (fat burning exercises) was the main part of the exercise regime so Travis could lose weight. Though, he now focuses more on toning and building muscle.

After a year of dedicated training and clean healthy eating, Travis weighs 70kgs. He looked and felt incredible at his 21st birthday party.

The 20kg weight loss led to his doctor cutting down his medication. Six months later, at his check-up, his medication was stopped completely. Well done Travis!

The 21-year-old is extremely proud of himself and admits he wouldn’t have made the change if he hadn’t been diagnosed with Type 2 diabetes. He has since been made a brand ambassador for Bullyz Fitness.