I was fortunate enough to be exposed to aviation from a very young age. My favourite experience must have been a flight with legendary aerobatic pilot, Patrick Davidson, in his North American Harvard.

Patrick went solo in this airplane and eventually went on to compete in the Red Bull Air Races. He is a very accomplished aerobatic pilot and someone I looked up to as a child.

After years of playing Microsoft Flight Simulator and spending time at the local aeroclub, my parents eventually caved in and allowed me to fulfil my passion and dream and start flying training for my private pilot’s license (PPL) at the Algoa Flying Club in PE, where I originally come from.

After completing matric, I enrolled at 43 Air School in Port Alfred to complete my commercial pilot’s license (CPL). I had a marvellous time in Port Alfred and after I completed my training in 2011, I returned to work there after qualifying as a flight instructor. My career in aviation training eventually led to a position as an airline pilot.

I was working as an airline pilot for a low-cost carrier in South Africa. I was flying domestically as First Officer on the Boeing 737 fleet. A very cool aircraft to fly.

Based in Johannesburg, we would often fly up to four flights a day. A lot of people would ask me how work is going, and I would always tell them, “I have never worked a day in my life.” I think this in part because I enjoyed my job so much that it never really felt like work.

I was diagnosed on 11th February 2020. Initially, I was diagnosed with Type 2 diabetes, because of my age and weight. However, after my endocrinologist received the results of a GAD antibody test, he re- diagnosed me with Type 1 diabetes. Needless to say, I was highly disappointed as this brought my airline career to an abrupt end as current protocols in South Africa prohibit Type 1 diabetic applicants from exercising the privileges of a Class 1 medical Certificate to fly commercially.

I recall falling ill at the beginning of 2020. I was experiencing the typical symptoms, the four Ts: thirstier, thinner, toilet and tired, and gradually they became more intense.

A friend suggested I go to a pharmacy and the nurse took a blood glucose reading of 33mmol/L. I was admitted to hospital via my GP.

Immediately, I was put on insulin. Currently, I’m on Humalog (insulin lispro) and Tresiba (insulin degludec injection) and use a continuous glucose monitor (CGM). This has been a massive game changer. In terms of diabetes management, I believe that CGM is about as important as the discovery of insulin. It has that much of a positive impact on my life.

I applied to the SACAA Aeromedical Committee panel for recertification of my medical, notifying them of my diagnosis.

Expectantly, they declared me “permanently medically unfit” for my Airline Transport Pilot License (ATPL) Class 1 Medical Certificate. This seemed like a major disappointment, but it was a necessary step to begin the process of challenging beliefs.

In their letter, they indicated that I could appeal their decision. I had been exploring published research and legislation in overseas countries that permit people with Type 1 diabetes to fly commercially. I strongly believed that if other countries can implement change to recognise advancements in diabetes management, then so could South Africa.

I submitted a thorough appeal, constructed with legislation gathered from Australia, Canada, United Kingdom and United States. These are recognised as some of the world’s leading aviation bodies when it comes to aviation legislation. This is often referred to international  best practise.

The appeal also involved submission of CGM blood glucose, HbA1C data and reports from treating endocrinologist, a cardiologist and an ophthalmologist (a very expensive exercise). All which meet the criteria for overseas medical fitness. As CGM technology has advanced, it has had a huge impact in the world of diabetes management and aviation. 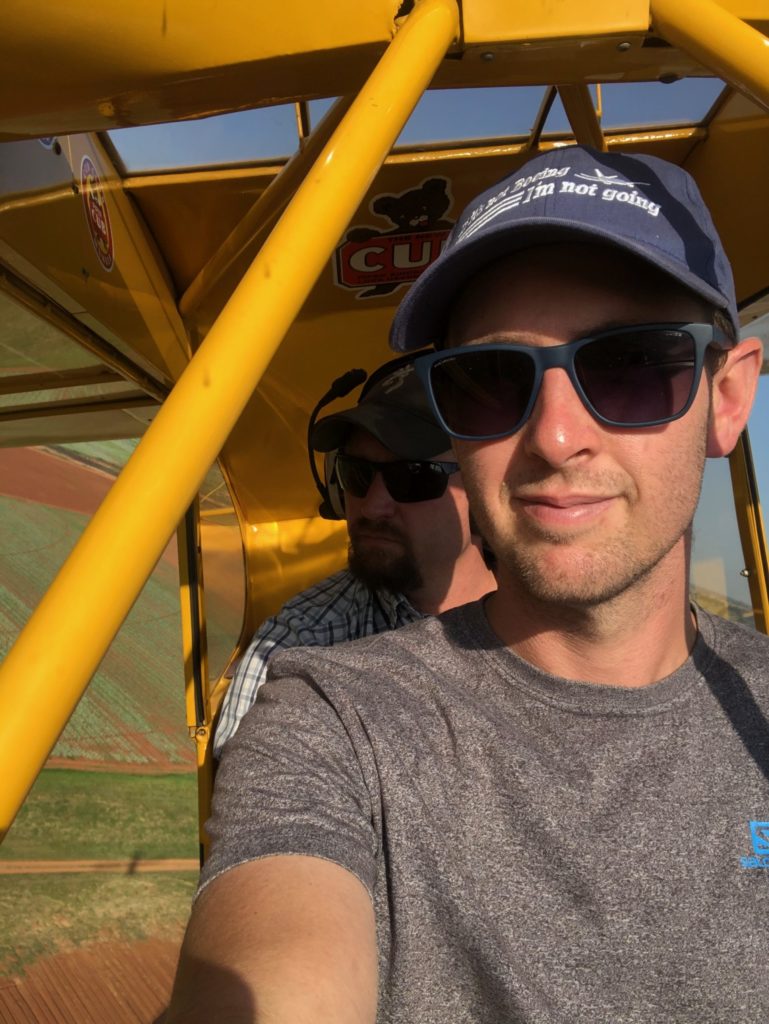 That means that on 26 October this year, I can re-apply to the SACAA AMC for recertification of my Class 1 Medical Certificate. Hopefully, I will be able to fly once again by the end of 2021 or early 2022.

To qualify for any pilot license, you need to be certified as medically fit by a Designated Aviation Medical Examiner (DAME). This is a doctor who has specialised in aerospace medicine and has been appointed by the South African Civil Aviation Authority (SACAA), the aviation regulator in South Africa.

The DAME will issue you a medical certificate based on the license you wish to apply for or exercise the privileges of.

The highest level of medical fitness is a Class 1 Medical Certificate, this requires an annual assessment by a DAME.

An invitation was also issued by the SACAA AMC for a Type 1 Diabetes Workshop, this is extremely positive news. This means that, on their own initiative, the SACAA are interested in reviewing and updating the protocol to allow other pilots with diabetes to fly too. I can’t wait to engage with them meaningfully and contribute some positive value to this workshop.

Most of this journey has been solo, but as the awareness has been shared in the community, I have discovered other pilots who have succumbed to the same diagnosis. Their experiences have been most insightful.

I have also received tremendous help and guidance from several specialists, most notably: Dr Grajcan Podgorski, my diabetologist, and Dr Bjorn Buchner, a senior DAME. Both of them recognise that South Africa needs to catch up with the rest of the world in terms of technology and advancement in diabetes management.

Each country listed above has a national aviation authority that has developed a medical protocol (a set of rules and guidelines that allows a  pilot to be certified as medically fit to fly commercially), usually with certain restrictions. An example of a restriction would be limiting an insulin-dependent diabetic pilot to fly with a co-pilot when operating in a scheduled airline service type of operation.

Some of the rules would dictate how regularly a pilot must test their blood glucose. Typically, this would need to be done before signing on for duty, before and during the flight, repeating this check every 60 minutes and just before landing. The blood glucose value would need to be shared with the other pilot, the cockpit voice recorder and also recorded in the pilot’s logbook. This certainly creates a heightened awareness of the pilot’s blood glucose to safely conduct the flight. Each international aviation authority has slightly different rules, but on average the international best practise for blood glucose tolerance is between 5,0 mmol/l and 15,0 mmol/l. An HbA1C of 8,5% or less is recognised by all the regulators as being the upper limit for medical certification. This is extremely achievable with good diabetes  management.

Access to CGM has certainly been a game changer for pilots. With predictive alerts allowing timeous preventative or corrective action, the diabetic pilot can maintain positive control of their blood glucose levels before, during and after flight. This effectively eliminates any risks.

Research from international aviation authorities has supported the belief that with a proper protocol in place, diabetic pilots can operate aircraft safely and efficiently in an airline or commercial environment.

Since I have been declared medically unfit, I have been seconded to the training department at my company and mostly do administration that assists with the company’s operational requirements. I also have been cycling a lot and focusing on maintaining a healthy mind, body and spirit.