Although it is still lockdown and we are not allowed to have public Diabetes Wellness Meetings, we still receive many calls for advice and assistance. We may be contacted via the cell and social media.

The mother of a newly diagnosed young fellow contacted us from the hospital. As he is under twelve years old, she could stay with him for the duration of his time in hospital. But, she had to remain in the hospital. If she left she would not have been allowed to return to her son. So, we were her lifeline while they were both confined to the hospital. They live on a small holding just outside Port Elizabeth.

Once he was released from hospital we drove out to their home, all masked and keeping our social distance and donated a brand-new glucometer to him, his free pair of mohair socks and the handy Diabetes Focus A to Z info booklet. These are some of the benefits of becoming a member of DSA.

We recently had an unusual request from a friend, Vasti Barkhuizen. She needed advice as her seven-year-old spayed Great Dane, Debbie, had just been diagnosed with diabetes. Debbie started to drink excessive water which Vasti noticed as it was mid-winter. A urine sample showed high glucose, and a urinary tract infection which was treated with antibiotics. 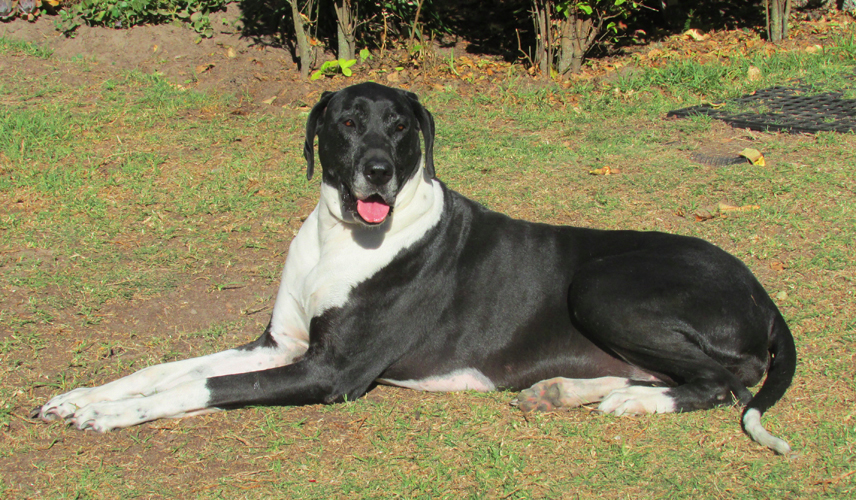 Debbie the Diabetic Dane is relaxing in her garden.

Debbie’s first fasting blood glucose level, taken on 13 July, was 23,7. She was started on 16 units of Protaphane 100 IU/mm twice daily, which is taken after meals.

Diabetes in dogs is very similar to Type 1 diabetes in humans. Female dogs are more frequently affected and known triggers for diabetes include pregnancy, dioestrus, Cushing’s disease and hypothyroidism as well as drugs, like progestogens and cortisone. 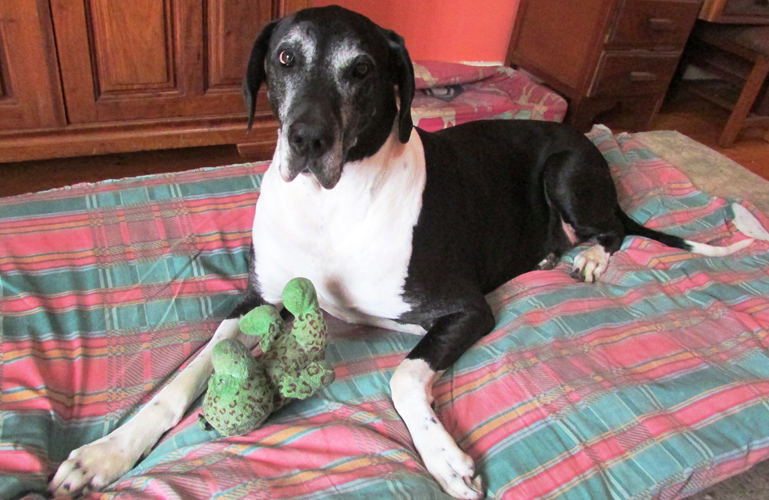 Debbie is lying on her bed and thinking “Please help me to feel better soon.”

Vasti’s biggest challenge was to get samples of blood to test Debbie’s blood glucose readings. This is when Elizabeth Prinsloo, from DSA Port Elizabeth, donned her mask and went to Vasti’s home to assist with Debbie, a huge gentle giant. The blood samples are usually taken from the ears or the inner lips of dogs. As our Rottweiler also had diabetes, Elizabeth could assist Vasti and show her how to get a blood sample. 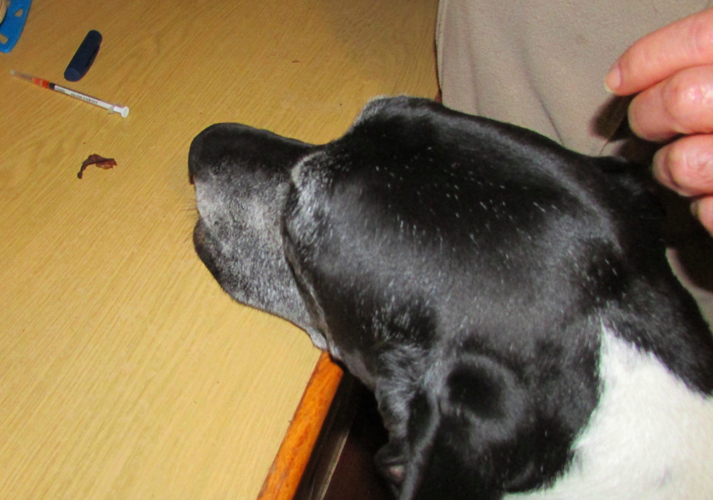 Debbie looking at a piece of her reward, a few slices of low-fat biltong, when she stands quietly to have her insulin injection.

Debbie’s blood glucose tests are still in the 20s and her insulin is being gradually increased to find the optimum dose. She now receives 26 units of insulin twice daily. She has lost much weight but should soon start regaining it once she reaches her correct dose.