With the rising cost of living in South Africa, it is imperative that we realise value in every rand spent. Especially when it comes to treatment and control of diabetes.

This becomes clear when reviewing the cost of healthy living and medication. It’s therefore important to understand why it is so essential to know and understand blood glucose control and why monitoring is so crucial to reduce cost, as well as prevent complications.

The situation in South Africa

The prevalence of diabetes in South Africa, in 2010, was estimated at 4,5% – a 155% increase in six years. The International Diabetes Federation (IDF) Diabetes Atlas indicates that the uncertainty range is between 3,6 and 14%. Data suggests that 630 000 to 2, 394 million people are undiagnosed in South Africa.

Sixty to 80% of people with diabetes in South Africa die before the age of 60 (loss of manpower).

What is the solution?

What of glycaemic control? Complications? Education? Dr Shaukat Sadiko, IDF president, said, “Big talk and quoting statistics have little value if we do not do initiatives which improve the lives of all our people with diabetes.”

The average cost of a glucose strip is R3,76 (R188 medical aid reimbursement rate). So, testing can be expensive and seemingly worthless, especially in people living with diabetes who don’t understand how to use the information from their meter to control their glucose levels.

For example: A Type 2 diabetes patient will test their glucose level in the mornings only (fasting), only to discover six months later that their HbA1c levels are high (above 6,5%). So, where is the problem?

The blood glucose peaks are not being pinpointed, i.e. the after-meal glucose levels which only peak from 1,5 to 2 hours after meals.

If testing is performed in pairs, before and after meals, an accurate and immediate benefit is that the patient will see the effect that a meal has on their glucose levels. This in turn leads to an action to either reduce food intake, exercise, or increase medication to address the ‘spike’.

By alternating testing times (breakfast, lunch and supper), very soon a clear picture will emerge and a better understanding of the effect that testing with a purpose has on food and medication.

Yes, testing in the morning is important but testing in pairs on alternate days and alternate meals will provide a clear understandable picture of overall control.

A tin of 50 strips will be sufficient in most Type 2 diabetes patients to test 12 times a week. And, if utilised correctly, will result in the healthcare provider to easily access and manage diabetes patients effectively.

Education is the key. Many diabetes patients need to be educated on why monitoring is important as well as an understanding of the effects that food and medication has on blood glucose.

How does this make sense?

It seems nonsensical to cut down cost by testing in pairs. That means more glucose strips are used, right?

Yes, indeed. But, a random test means nothing to you, the patient, as well as your doctor. If random tests are done, they are a complete waste of money and strips.

Once your diabetes is controlled and you are on the correct dosage, etc. then and only then will testing protocol’s as per Society for Endocrinology, Metabolism and Diabetes of South Africa (SEMDSA) apply.

However, usually diabetes patients that get one tin of strips per month, on medical aid, never uses them. So, by the year end, they end up with lots of unused, expired strips that are a complete waste of money.

On the other hand, if all 50 strips are used in a month, a comprehensive trend pattern is formed allowing the patient and doctor to intervene much sooner.

In effect, the question really is: Do I only test once a week in the mornings (complete waste of a strip) or do I use what the medical aid is paying for to get as much data per month on my “actual” glucose control?

Regardless, if patients test in pairs, even minimally (three times a week) then at least test with a purpose (before meals and after meals and a fasting).

What is the real issue?

Often than not, most don’t know and wonder why their HbA1c levels are so high, or suddenly get an abnormal high and don’t know why?

Another main issue is morbidity and the result of developing the complications. The cost of treatment is exorbitant so as the old adage goes, prevention is better than cure.

So, when we step back and look at the entire picture, isn’t it good sense to monitor effectively and prevent complications, or simply test at random, waste strips, be blissfully ignorant of glucose changes and hope for the best?

What it boils down to

It really boils down to the value you are spending on strips against the value of saving a few strips that would be better utilised. And, at the same time prevent a stroke, heart attack, kidney failure, blindness, amputations, etc.

The diagnosis of diabetes is confirmed1

However, a glucose tolerance test is rarely needed in this category of patient.

If the diagnosis of diabetes is not confirmed with the repeated test, institute lifestyle modification and retest in three to six months. 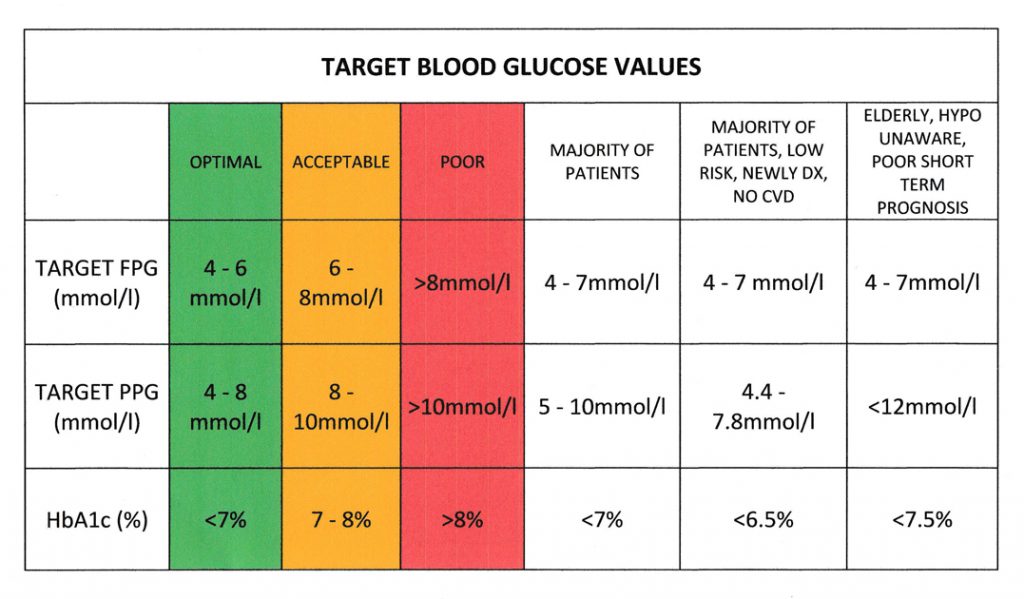 Kevin Stead is a professional representative specialising in diabetes and diabetes management.