Not even two auto-immune disease – Type 1 diabetes and Graves’ disease – stopped Tara-Lee De Wit from starting her family. She shares this journey with us.

In October 2007, at the age of 18, Tara-Lee would walk in to work with two bottles of juice, a bottle of water, a whole-wheat sandwich and fruit. However, the contents of this lunchbox would never sate her appetite. The scale shocked her with the fact that she had lost 6kg. “Considering how my calorie intake had increased over the past two weeks, I knew something was wrong,” she says.

What followed was a five-day stay in hospital and a diagnosis of Type 1 diabetes. Here, she was taught how to inject her stomach and thighs with insulin, and the importance of drinking water to flush ketones out of her system if she experienced a hyperglycaemic episode. “I was dreadfully shocked. No one in my family had diabetes. Let alone Type 1. But as I learnt, it is not hereditary. Thinking about it now, it seems scary, but in the moment, you do what you must do. You have no choice,” explains Tara-Lee.

Obviously, the teenager was overwhelmed but took her diagnosis in her stride due to her being a naturally disciplined person. “I learnt and researched as much as I could about my condition. Diabetes would not own me; I was adamant about that,” she adds.

At 25-years-old, then a mother of one, was plagued with an abundance of symptoms: heart palpitations, heart rate constantly above 100bpm, constantly anxious, slight tremors in her hands, and then a goitre (swelling in the neck due to the enlargement of the thyroid gland). It was diagnosed as Graves’ disease, where the thyroid gland produces too much thyroid hormone (hyperthyroidism).

“During my research after my diabetes diagnosis, I read that when you’re diagnosed with an auto-immune condition, it is likely you can have more than one. However, I was still quite stunned. Once again, I read up as much about Graves’ disease and the thyroid as I could. Interestingly enough, both diseases I have are the rare ones. Hyperthyroidism affects up to 5% of people between the ages of 20 – 40 years old. Whereas hypothyroidism – where the body operates at a much slower rate, slow heartbeat, lacklustre, no energy, more prone to depression – is much more prevalent. Just like Type 1 only accounts for 10% of all diabetes, and is diagnosed mostly in children and young adults.”

Currently, the 28-year-old takes Actrapid and Protaphane, injecting four times a day (Basal-bolus regime). The amount of insulin she takes is dependent on whether she is exercising, sick, and what she eats. “It allows me to change it accordingly to my lifestyle which is great. I am in control,” Tara-Lee says. For her thyroid, she takes 2,5mg of Carbimazole. Her thyroid is at optimal levels now.

If Tara-Lee’s thyroid hormone levels are high, then it interferes with her blood glucose control. But during this time, if it occurs, she takes extra insulin, until the thyroid medication starts working. “It takes about two weeks until you see a difference in thyroid levels,” she explains.

Despite being a scared 22-year-old with Type 1 diabetes, the young mother had a very good pregnancy. “I knew I was doing everything I had to, to ensure the health of my baby remains at optimal levels. I had a consistent 6% HbA1c, and when Madison was born, my HbA1c was 5,4%. Madison was a bit bigger than normal, but babies born to diabetic mothers are known to be bigger when born. After a five-day hospital stay, Madison and I could go home,” she says.

Tara-Lee had her second child, Kayden, this year July. The pregnancy was planned. Before conception, she worked with the endocrine unit at Tygerberg Hospital to ensure her HbA1c and thyroid levels were exactly where they should be. This took six months, then the married couple got the go ahead. Two months later, Tara-Lee was pregnant.

Describing this pregnancy, Tara-Lee says, “Despite a high blood pressure scare, all went well thankfully. Kayden was just growing exponentially and a decision was made to take him out via C-section at 37-weeks’ gestation. My big boy shocked all the doctors when he came out at a whopping 5,1kg! I was told he would have some lung immaturity (wet lungs), but we had no choice. He was on oxygen for a couple of days, and after all checks were done we went home after 11 days in hospital.”

You do what you have to do

With both pregnancies, Tara-Lee had to travel 300km every two weeks to the hospital. She did this for nine months, sometimes every week. She had much more foetal monitoring scans than someone who doesn’t have a high-risk pregnancy, and her HbA1c and thyroid levels were checked every 4-6 weeks. Commenting on this, Tara-Lee says, “You push through… you do what you have to. The team at the hospital was amazing; they helped me complete my family: two healthy babies even though I have two auto-immune conditions.”

10 years of being a diabetic

When Tara-Lee was asked how she feels looking back at her diagnosis 10 years ago, she responds, “I do not give much thought to the fact that I am diabetic. It is part of who I am. I always have my glucose meter with me, a roll of sweets in my bag, in the car, in my pocket…for that emergency hypo. I constantly carry my small bag with my insulin pens around with me.”

“But, in the beginning…in all honestly, the first thing I was concerned about was pregnancy. I knew it would probably be a huge undertaking, but was aware that pregnancy and diabetes can happen. Dr Google gives numerous horror stories. I remember searching online and in book stores for a story of a young South African woman with Type 1 diabetes, and her successful pregnancies. But I didn’t find any. This is what motivated me to share my story…for women in the same position I was…they need to hear the positive stories.”

“I am fully aware of what my body is susceptible to due to these two conditions I have: possible deteriorating eyesight, more prone to infections, take longer to recover when sick, kidney function must remain optimal etc. However, I take care of my body. This is what everyone should be doing anyway though.”

She goes on to say, “Diabetes is nothing to be afraid of. Knowledge is power. To this day, if someone finds out I have diabetes, they immediately say, ‘Oh, you are so thin, so which one do you have then?’, or ‘You don’t look sick!’ I hate hearing this. Yes, I do not look sick at all. I can do anything and be anything I want to be. Diabetes does not restrict me in any way.”

The mother of two walks as much as she can, teaches hip-hop dancing to toddlers. She started cycling off-road, which she hopes to intensify soon. “I look for any excuse to remain active, even though I have an office job. Exercise releases the good endorphins. It is so important!”

“I eat whole wheat low-GI bread and the low-fat version of everything. Twice a day I drink a green smoothie, and make salads in summer. Three fruits a day is my goal, and I supplement with Provitas and cheese or peanut butter. However, I am not a saint –  I enjoy my father-in-law’s lovely Sunday roasts! I just remove the skin from the chicken,” Tara-lee explains. 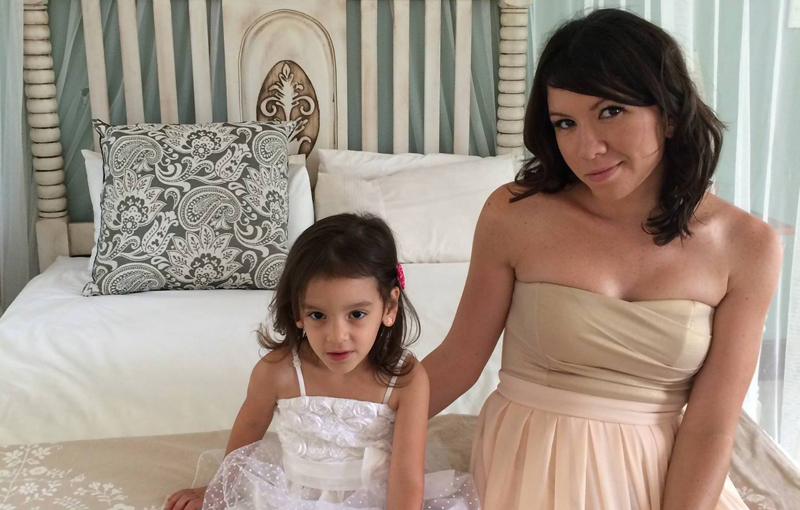 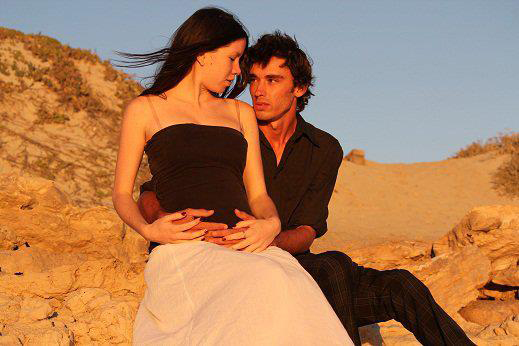 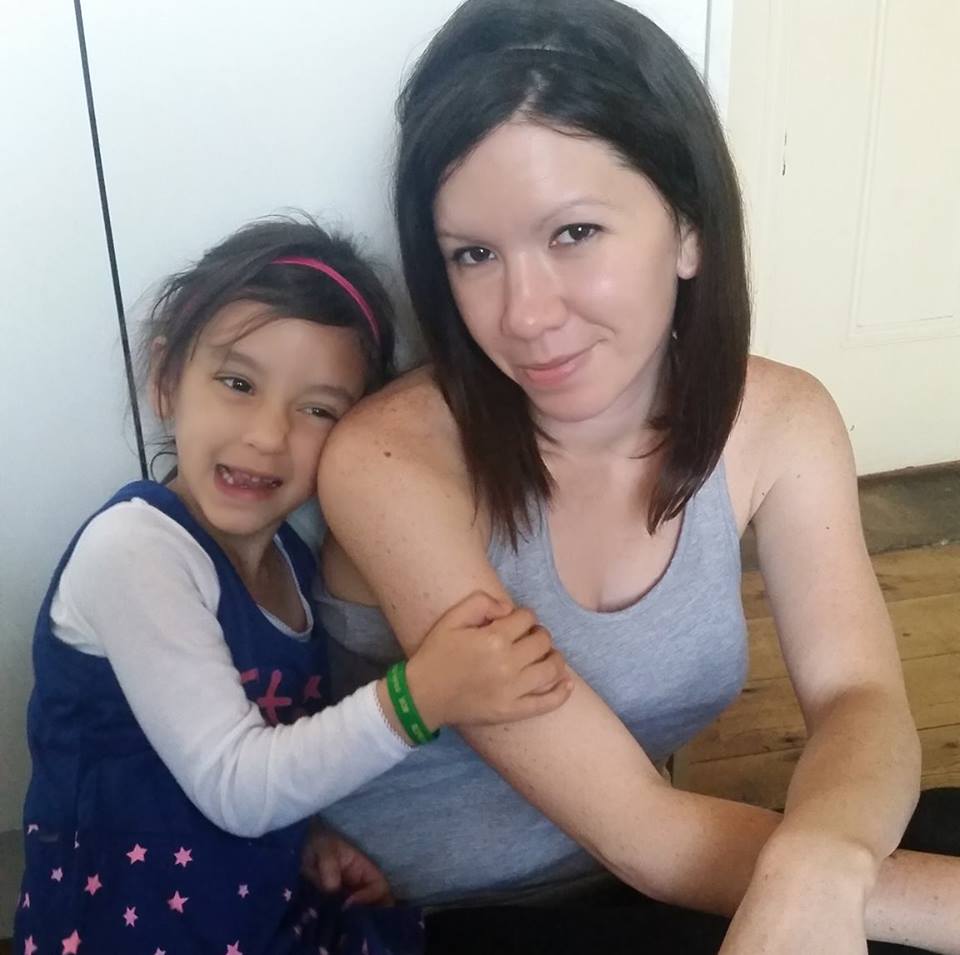 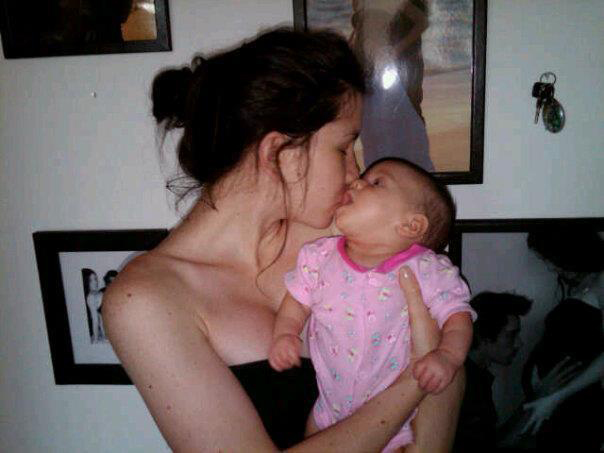